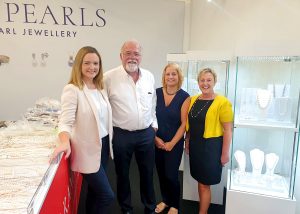 Raw Pearls, one of the UK’s leading pearl jewellery suppliers, have announced that they had their most successful IJL ever after exhibiting there earlier this week for what was their 6th year at Olympia.

Many visitors took advantage of the discounted prices Raw Pearls had on offer as part of their huge clearance sale at the show. They have reported that the most popular items were cultured Tahitian strings, nucleated freshwater strings both round and baroque, and also, in line with recent fashion trends, larger baroque freshwater strings. 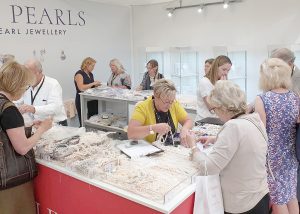 Director, Miranda Raw went on to say “We were thrilled with the outcome of the show and the response we received to our clearance sale. We have opened lots of new accounts, and the networking opportunities, as always, were second to none.”

Raw Pearls will be offering similar discounts nearer to Christmas as a direct result of the success of this sale, which will be available to readers of their newsletters. Head to their website to sign up if you don’t already receive this: www.rawpearls.com